So quiet he sleeps tonight in his lonely Irish bed,

In the holy county of Wexford all holy with valiant dead.

So quiet he sleeps tonight in the sod where Vinegar  Hill,

Is holding deep in its memory “the year of the Rising,” still.

So quiet he sleeps tonight where the Slaney rolls to the sea,

Singing a troubled song to itself of a broken liberty,

Singing a wistful song to them who lie where our Liam lies,

With an unfreed land for their portion yet, and its dust in their eyes.

So quiet he sleeps tonight who dared life’s uttermost fate

For Ireland like the men of old who held the Three Bullet gate,

Aye, quiet his body lies with coffined hands on a Cross

But his soul ‒ Oh that is something out along the roads by New Ross.

His spirit is quickening the sluggish pulse of the Pale,

‘Tis flaming like Emmet’s unwrit stone, a fiery guide to the Gael,

the spirit of Liam Mellows, his fiddle upon his shoulder,

God’s rest to you Liam Mellows in Wexford’s sod tonight,

For we’re holding the line for Ireland still from Galway to New Ross,

And you’re with us there with a gun, Liam, though your dead hands hold a Cross. 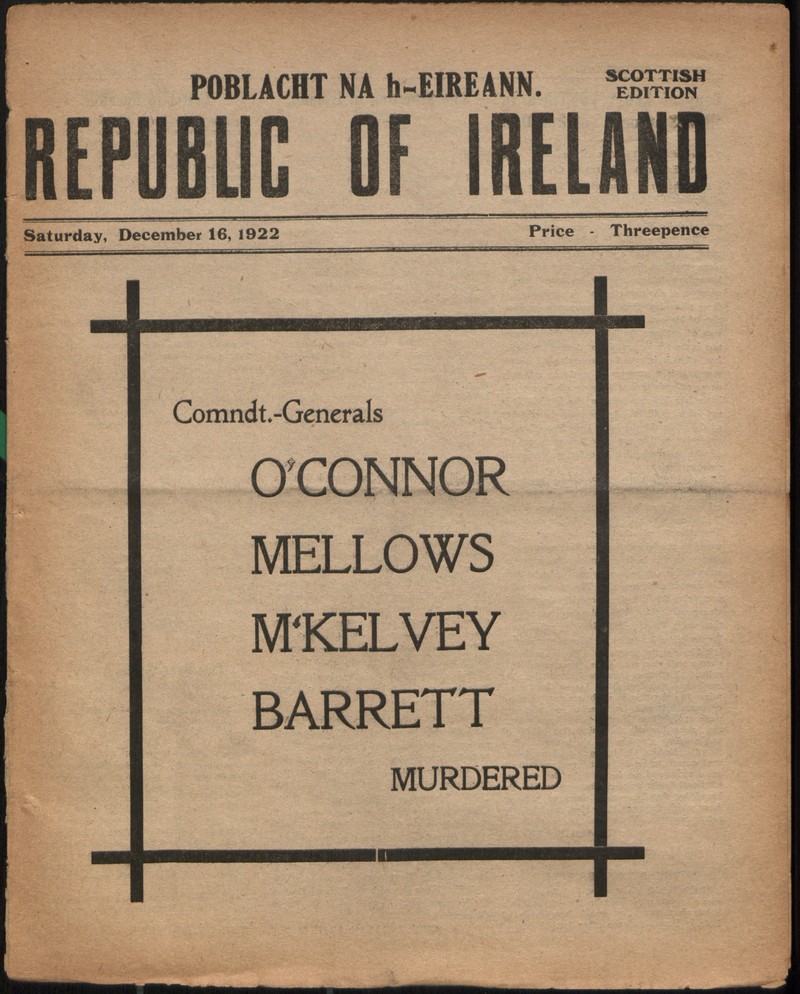