The Ballad of Michael Collins

1916 was the start, the war in full commence,
When British troops were swarming in to slaughter and dispense,
Against the Empire’s daunting might, Ireland stood no chance,
When Michael Collins heard the news and came to take a stance.

He joined the Easter Rising, allied by Plunkett n’ Pearse,
They seized the grandest buildings to face a battle fierce,
The British were enraged and the Rebels they engaged,
Using brutal force, war on Dublin had been waged.

Furious were the citizens, their home had been destroyed,
Their relatives deceased and their souls devoid of joy,
The once thriving streets, now blown up and aflame,
And so they thought the Rebels were the only ones to blame.

Cornered up with guns, the rebellion’s state was bleak,
Arrested by the British with their spirits far from weak,
The cruel retribution saw 2,000 sent to camps,
And the brave leaders’ fates were sealed harshly with a stamp.

15 killed by firing squad, without a trial or care,
Connolly so wounded he was shot tied in a chair,
With the barbarism shown, Irish anger had arose,
And turned the former traitors into national heroes.

By the time of Collin’s release, plans were brewing in his head,
Of how he could prevent Ireland’s suffering and dread,
He motivated an army and beat the British crown,
Guerrilla tactics he invented were used to bring them down.

Dáil Éireann was established, but it came with a price,
Half a country only, the rich north the Brits would slice,
Civil war engulfed the land, Collins ambushed with a gun,
Ireland’s greatest hero shot down at 31.

1916 was the start, the war in full commence,
When British troops were swarming in to slaughter and dispense,
He’d fought strong like a lion, saving Ireland Collins swore,
He hadn’t won the battle, but he had won the war.

This poem was written by Isla Corbett, a Cork-born 15 year old , living in Brisbane, Australia. At age 12, Isla was asked to write about her hero for a school assignment. She chose Michael Collins as her great granduncle Captain Michael John Buckley had served under Collins during the War of Independence. In 1922, at the age of just 22, Michael John Buckley was made the Captain and Commander of two large barracks in Cork — Charleville and Mallow — when they were handed over to Ireland by the British Army. Cpt. Buckley is buried alongside Collins in the Republican Plot at Glasnevin Cemetery.
Read more about how Isla’s poem went viral here: https://irishqueenslander.com/tag/poem/ 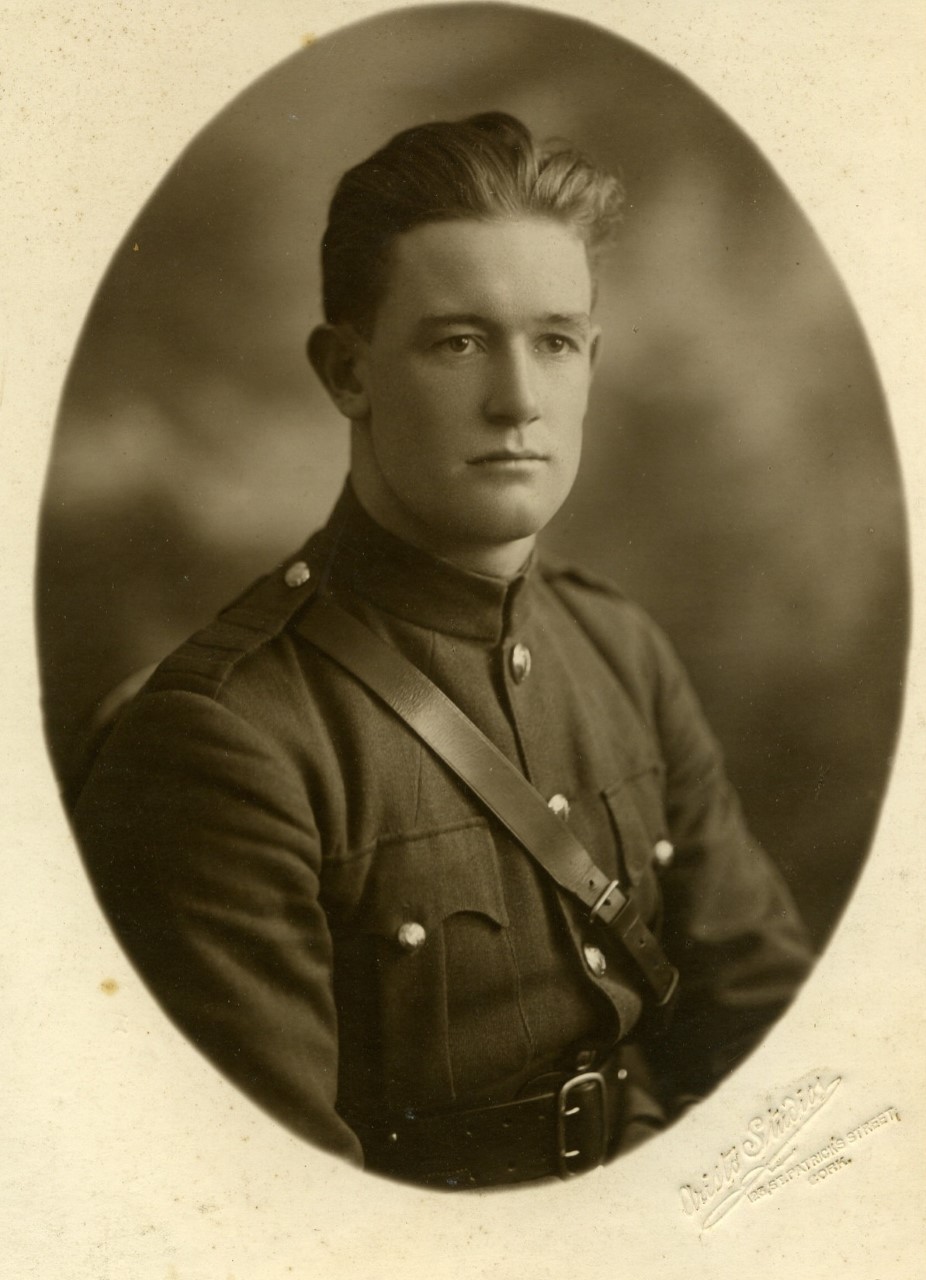