Once, with Belfast burning on TV, my brother asked

why Dad joined the Free State Army and not the IRA.

who, in his time, made war in four different uniforms.

Denied a graveside volley, I wake him silently for our

in new quatrain box jackets for this four-sided soldier

who put friend or foe alike in boxes, as seemed fitting.

The new Ireland was not uniform but hybrid, as I am.

This too: poetry to prose, or maybe only bad singing,

as Billy McGrath’s was to German troops who booed

it at a team-building exercise with Casement’s Brigade.

His Irish taught their new comrades respect with fists.

When the Landsturm arrived, they stole all their rifles,

barricaded themselves in and defied the Kaiser’s army

until Casement was called in to deal with the rebellion.

In truth, many of the Irish Brigade had only signed up

for better food, clothing, accommodation and the drink.

Maurice had a job while in it as a wholesale liquor rep,

but missed action, so he re-enlisted to fight the British

with the German army in Egypt, the IRA back home,

then for the Free State in the Civil War: a professional,

happy to kill in cold or hot blood. Too happy perhaps.

Yet he’d been Dad’s friend, my sister’s godfather, died

childless, the end of his line so worth my few enlisting

words that change sides from poetry to prose and back.

His memoir stops dead at the Civil War, my sister noted,

typing it for him, as also his love of uniforms, the first

on that Recruiting Sergeant’s he met as a boy in town:

“I asked would I get a tunic, buttons and belt like his!”

Reproduced with kind permission of the author.

Ian will lead Poetry as Commemoration writing workshops the UK in Autumn 2022. 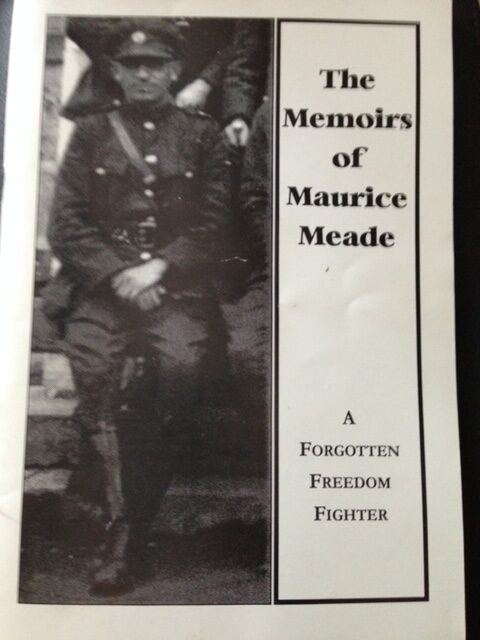