What’s in the Letter?

I see you all those years ago

Pedalling on the rocky road

Wondering what’s in the note

As along the hills you rode

In between your head and bonnet

Lays a letter for Peadar O’Donnell

I wonder Nora did you sing

It is these cruel English laws, they curse our native isle

Must Irishmen always live like slaves or die in exile?

Since Lord Leitrim, like a dog, was shot not far from Glenswilly.

Did you freewheel down Lurgybrack

A hot sun at your back

Did you add another verse?

Or sing your father’s famous chorus

When your pedalling down the brae

Did you see a check point in your way?

Did your heart jump in your mouth or skip a beat?

When from the hedge a solider waved

And stopped you in the street

When you smiled and said “Hello”!

Did he shrug and let you go?

Later when you met with Peadar

Did he sing as he read the letter?

Attention pay, my countrymen, and hear my native news

Although my song is sorrowful, I hope you’ll me excuse

I left my peaceful residence a foreign land to see

And I bid farewell to Donegal, likewise to Glenswilly.

Inspired by the traditional song ‘Glenswilly’, a recording of which can be found here via the Irish Traditional Music Archive.

Nora (McGinley) Harkin was born near Glenswilly National School. She first met Peadar O’Donnell at age 13 when she had to cycle from Ballybofey to Letterkenny carrying a secret letter for him. 60 years later, she would live with him for the last 6 years of his life. 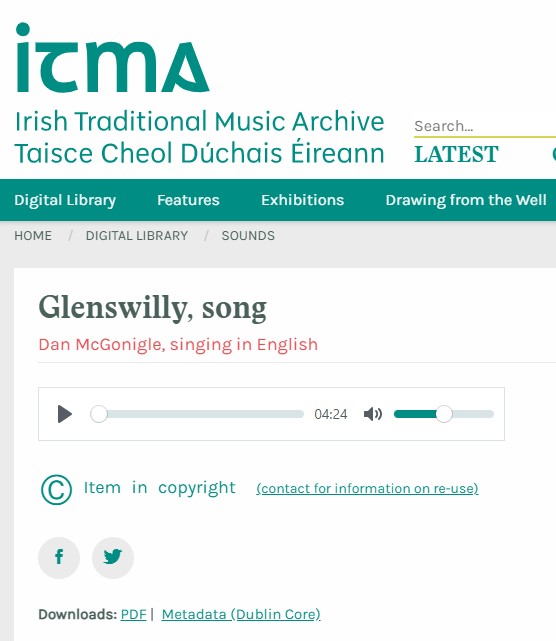