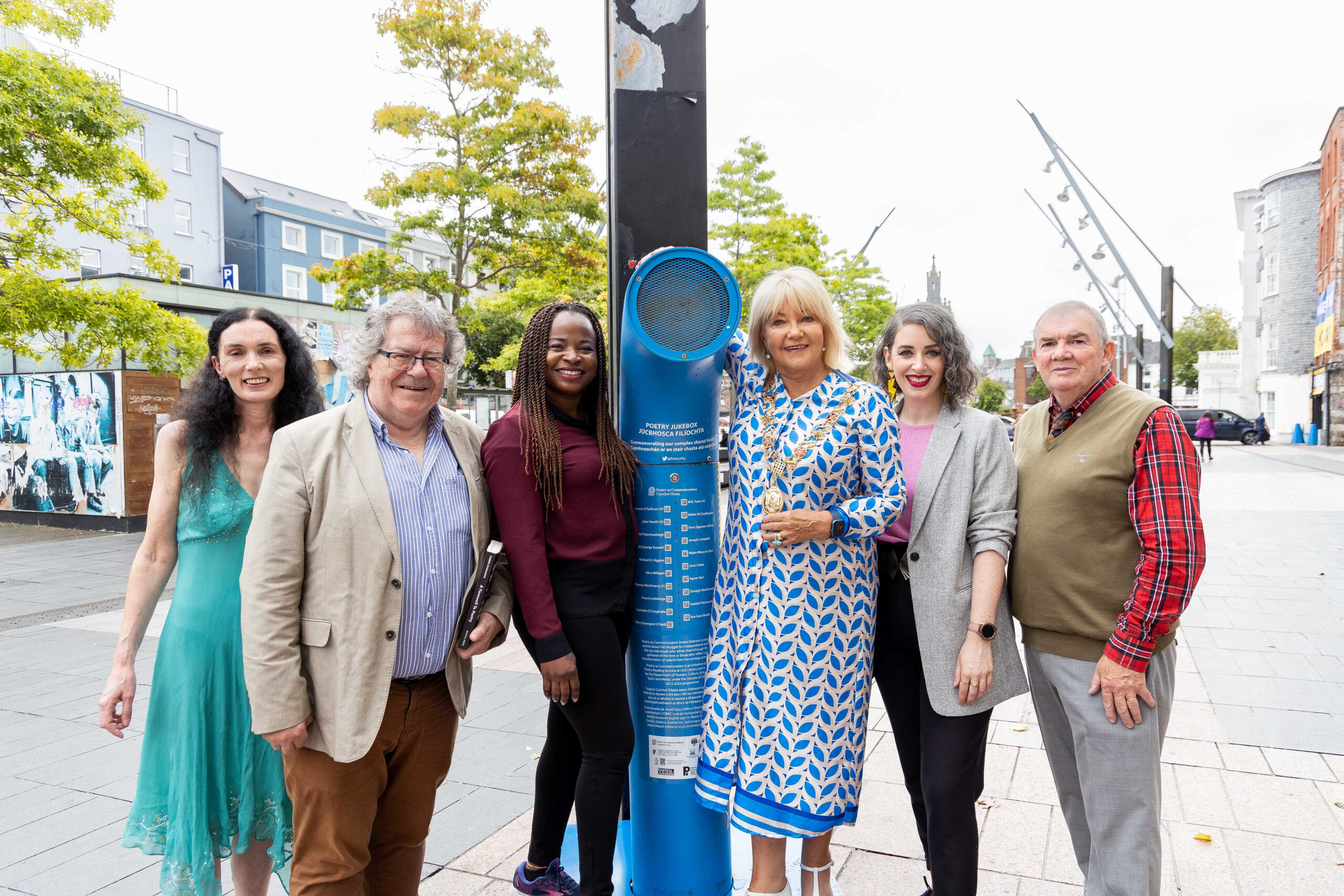 On Thursday, 18th August 2022, poetry enthusiasts gathered outside Cork City Library on Grand Parade to join Lord Mayor Deirdre Forde and Dr. Sandra Collins (UCD Library) to launch the Poetry as Commemoration Poetry Jukebox. A commemorative sound installation, the jukebox contains recordings of 20 poems relating to the complex history of Ireland during the War of Independence and Civil War. Cork is the third location on the Poetry Jukebox tour following successful stops in Dublin and Belfast. Through the jukebox members of the public will be able to listen to any poem at the press of a button and the jukebox will be in place until November 2022.

At the launch guests were treated to a series of poetry readings by local poets. Eibhlis Carcione read ‘Fód an imris: Árd-Oifig an Phoist, 1986’ by
Máire Mhac an tSaoi which you can hear on the jukebox. Carcione also read one of her new poems, ‘Polina na hÚcráine’, inspired by the young girl killed by Russian troops in February this year. 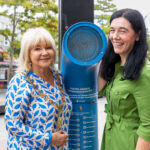 Speaking about commemorating challenging aspects of Ireland’s history such as the civil war, Cllr. Forde pointed to the capacity of poetry to call attention to the human experience. University Librarian at UCD, Dr. Sandra Collins, paid tribute to the vibrant poetry scene in Cork City citing the emergence of the so-called ‘Cork Poets’ and Innti movement in the 1970s as  well as contemporary groups and initiatives such as Ó Bhéal, the Munster Literature Centre, Cork Words, and Poetry in the Parks by Cork City Library.

Finally, Dr. Collins thanked Minister Catherine Martin for supporting the Poetry as Commemoration project which is based in UCD Library. The initiative is supported by the Department of Tourism, Culture, Arts, Gaeltacht, Sport and Media under the Decade of Centenaries Creative Imagination strand.